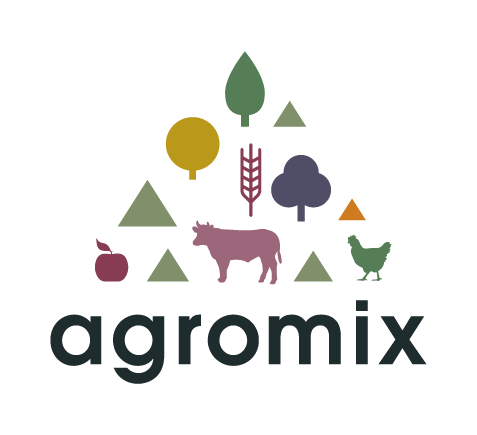 The Montado Integrated Management System (SIGM) is an approach at farm level that allows planning the management of the various elements that make up the Montado (trees, pasture/livestock, water, soil and profitability) with the aim of adapting this system to the constraints arising from climate change, while ensuring the profitability of holdings and increasing their role in social terms. Thus, the SIGM is a model adaptable to the characteristics of each farm and the options of each Montado manager/owner.

LIFE Montado-Adapt is a project to promote the adaptation of Montados in Portugal and Spain, whose main objective is to mitigate the consequences of climate change on these properties, improving their sustainability from an economic, social and environmental point of view. The aim is to support the owners and managers of Montados in the regions of Alentejo (Portugal), Extremadura and Andalusia (Spain) in the implementation of the INTEGRATED SYSTEM FOR THE MANAGEMENT OF THE MONTADO . Work is already underway in pilot areas that will also support all those interested in implementing the System on their own properties.

This paper summarises a review of literature on the sustainability of a specific mixed farming system i.e. the integration of laying hens into organic agricultural systems. The major findings are:

1) the integrated system contributes to the reduction of inputs (less feed and fertilizers) and a diversified production;
2) it supports ecosystem services shaping the landscape toward biodiversity and contributing to a healthier environment;
and 3) it improves farmers’ livelihood, especially in developing countries.
The authors suggest that its benefits will be increased by using mobile systems to ensure a better distribution of manure and in synchronization with canopy cover species, such as fruit and forest trees.

This paper reports on research carried out in a certified cork oak ecosystem with a moderate tree density in central Portugal. Eight years of data on meteorological variables and herbaceous biomass productivity were analysed to investigate how understorey herbaceous biomass is affected by inter annual and seasonal climate variability. Key findings were:
1) Herbaceous biomass productivity was on average 8 times higher in an understorey of improved pasture, grazed by cattle, than in the natural vegetation understorey, most likely due to the positive effects of the initial fertilization and the legume rich seed composition which increased N soil availability.
2) The main climatic driver explaining the biomass productivity was the cumulative precipitation from February to May.
3) The proportion of grasses increased in response to drought with a pronounce decrease in legumes, regardless of the management system.
4) The natural vegetation understorey system was more resilient to drought compared to the improved pasture understorey, suggesting a need to better understand the role and contribution of each native species to resistance, resilience and recovery to drought in order to improve future forage mixtures.
The authors conclude that these results may support better management decisions by forest producers which are mostly based on empirical procedures and might provide some directions for further studies.

The RIVEAL project aims to map and quantify key ecosystem services (ES) of riparian forests and predict the balance of ES under diverse climatic, land use and water management scenarios in the Portuguese fluvial landscapes. In particular, the case studies are regulated rivers downstream of dams, namely, Alva River downstream of Fronhas Dam, and Lima River downstream of Touvedo Dam.

The project focuses on three ES:

– Determine the trade-offs and synergies of land-use conversion on ES of riparian forests;

– Provide understanding of land-water-riparian linkages across spatial and temporal scales;

– Enlarge understanding of the effects of hydrologic alterations by different dam operations;

– Develop an innovative framework for fluvial ecological integrity based in the concept of ES and functional interactions between aquatic biota and riparian vegetation;

– Assess the socio-cultural values of rivers and riparian forests;

– Map, characterize, and assess the riparian zones in its multifaceted dimensions.

The loss of vitality and productivity observed in montado ecosystems is due to inefficient management and use of water and soil, with soil loss in cork oak areas accompanied by a worsening of this dynamic due to climate change.

The ECOMONTADO XXI project aims to study the implementation of a new forest management practice with a view to the recovery of the montado ecosystem, using techniques for the restoration of ecosystems resulting from the concepts of Permaculture and Agroecology, namely the Keyline planning system, for the integrated management of soil and water resources.

In response to worsening wildfires in the Mediterranean as a result of climate change, this study investigates the impact of sheep grazing on silvopastoral land in Spain. The goal of this study was to quantify and clarify the effect of fuelbreak grazing on ground cover and growth of holm oak saplings. The paper also reports on how the grazing impacted herbage biomass and species composition. The data was collected over the course of three consecutive years, which allowed the researchers to observe the impact of climatic changes on grazing.

This study compares the carbon storage of soil in a silvopastoral system and a treeless pasture in Spain. Carbon quantity in silvopastoral soil was measured under two species of trees: Radiata pine (Pinus radiata D. Don) and Birch (Betula pendula Roth). The amount of carbon was measured at different soil depths. The researchers found that there was significantly more carbon stored in the soil under both types of trees in the silvopastoral areas as compared to the treeless pasture. The results of this study indicate that silvopastoral systems, systems in which trees are planted on agricultural land, promote longer-term storage of carbon in the soil as opposed to conventional agricultural systems.

Europe’s traditional cultural landscapes have undergone significant land-use and land-cover changes in the past 50 yr. Land-cover inventories facilitate the quantification of the conversion from one land-cover unit to another. However, they often fail to detect fine-grained modifications that occur within one land-cover category. This study aims to detect such land-cover modification at two farms within dehesas, a traditional agroforestry system in Spain. The focus is on the dynamics of holm oak (Quercus ilex) stands as the key landscape element of dehesas. Aerial photography and satellite imagery were used to measure tree expansion and regression between 1956 and 1984, and between 1984 and 2003. With <0.01–0.03% of the tree cover recruited per year, current recruitment seems too low by a factor of 10 to 50 to maintain existing stand densities. Recruitment rates between 1956 and 2003 were slightly higher, but loss rates were dramatically higher on privately owned land compared to common property. Although higher grazing pressure on common property may have inhibited recruitment, the complexity of land tenure can act as a barrier to forest clearing. The synopsis of high loss rates from 1956 to 1984, low loss rates from 1984 to 2003, and low recruitment rates over both periods indicates that deliberate oak cutting has stopped, but that the problem of regeneration failure still remains unresolved. The analysis of oak expansion and regression as a precursor of land conversion can provide a powerful tool for subtle structural changes and can be used as an early warning system before conversion becomes visible.

This 2018 report outlines three experiments conducted by AGFORWARD. These three experiments make up a study that seeks to improve the management of agroforestry systems with chestnut trees. The first experiment involved evaluating the damage done by Celtic pigs on unprotected and protected chestnut trees. The results of this experiment showed that the pigs caused more damage to the unprotected bark of the trees, but the metal barrier did not protect the tree roots. The second experiment involved inoculating an adult chestnut stand with Boletus edulis mushroom. This experiment was not successful, likely due to drought and climatic conditions. Finally, in experiment three, grafted and self-rooted varieties of chestnut trees were produced and tested. This experiment was successful and can be used to evaluate issues related to chestnut infection by Phytophthora spp.